'Better Call Saul' is going crazy in the Reddit world.

The Better Call Saul subreddit went ballistic following the season one premiere on Monday (February 9, 2015). Nearly 80,000 unique visitors flocked to the subreddit to share opinions on the Breaking Bad spin-off.

The show, focusing on Bob Odenkirk's Saul character, opened to record ratings for a cable series premiere and the critics appear to be on-board too.

"The first two episodes reveal a show that will benefit greatly from the time and space to develop story arcs, and to exhibit the same cinematic grandeur that distinguished "Breaking Bad." The pace is a bit quicker, there's more obvious humor. But the level of ambition is very much the same," said the Wall Street Journal. 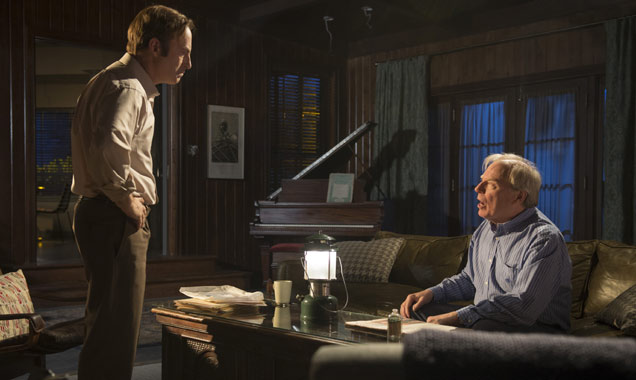 Better Call Saul premiered to a strong audience this week

"So why follow him? Because the writing, with its sudden shifts from drama to comedy and its sympathetic view of its bumbling characters, is so stellar. Because the show is a constant visual treat, from its odd close-ups of water tanks to its wide shots of desert landscapes. And because Odenkirk is terrific," wrote Robert Bianco of USA Today.

"It's less brooding than its progenitor, less emotionally wrenching (at least at first), and its references to the "Breaking Bad" mythology could ultimately become tiresome. But it's also entertaining and smart and, like its piteous semi-hero, persuasive," said Matthew Gilbert of the Boston Globe.

"Just as Gilligan routinely did with "Breaking Bad," the first episode ends with a cliffhanger of sorts, and another pleasant surprise. It'll make you wish 9 p.m. Monday comes quickly," wrote Jeff Korbelik of the Lincoln Journal Star.