Mortimer underwent a triple heart bypass in late 2015, which forced him and comedy partner Vic Reeves to cancel part of their 25th anniversary tour.

British comedy icon Bob Mortimer, one half of the legendary Vic & Bob partnership, has revealed that he got married just before the triple heart bypass operation he underwent at the end of last year.

Mortimer’s health problems, and the lengthy recovery time he needed afterwards, meant that he was forced to cancel the first leg of his and Vic Reeves’ 25th anniversary tour around the UK last October.

Speaking to a press conference ahead of the re-launched tour on Wednesday (January 13th), he revealed that his severe health situation prompted him to get married to Lisa Matthews, his partner of 22 years, before he went under the knife. 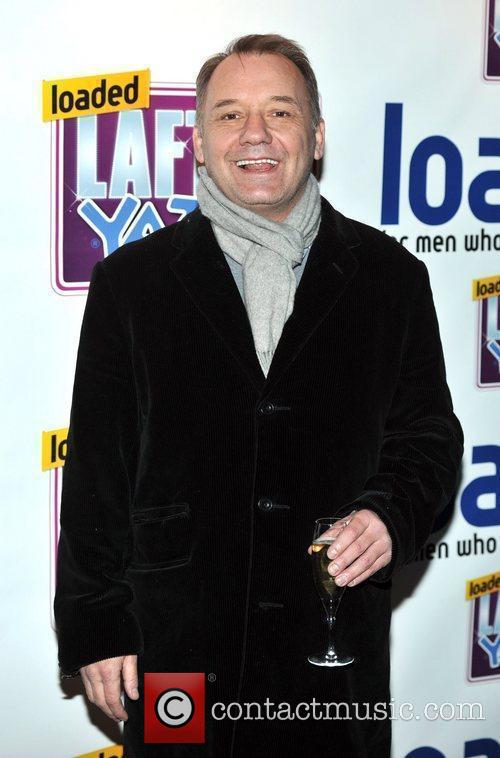 Bob Mortimer has revealed that his heart operation prompted him to marry his partner of 22 years, Lisa Matthews

“I thought I had a chest infection and went to the doctor - five days later I was under the knife,” 56 year old Mortimer said. “It came completely out of the blue. My arteries were 95% blocked.” He also described the hurried preparations he made before the operation.

“I found out I needed heart surgery on the Thursday, so I made a will on the Friday. I found out I couldn't get married to Lisa because you have to give 21 days' notice. My consultant said I was incredibly ill so the registrar in London gave me permission to get married on the Monday. I got married at half nine on the Monday and went to hospital at 10 to have the operation.”

Mortimer also revealed that, despite the drastic surgery, he won’t have to dial back on any of the physical comedy routines, for which he and Reeves are so well-known, on the tour.

“I've just done all my tests and they said if I was a builder or scaffolder I would be fine to do it. We don't do any heavy labour in the show so I should be fine. Whether I'll be funny - no comment.” Reeves, also in attendance at the conference, chimed in: “You had that part of you removed.”

About his current state of health, Mortimer added: “I've got my cholesterol down from 8.5 to 2.7 - that's through eating seeds. I'm basically a chaffinch now.”

Called ‘Reeves and Mortimer: The Poignant Moments’, it’s the duo’s first tour since 1995 and will feature random elements from all of their TV shows, such as ‘Big Night Out’ and ‘Shooting Stars’. “The main thing we want to do with the tour is to leave people thinking that particular night was unique for them,” Mortimer said.