Bob Marley, Bob Marley and the Golden Age of Reggae 1975-1976, The Photographs of Kim Gottlieb-Walker

Review of the book Bob Marley and the Golden Age of Reggae 1975-1976, The Photographs of Kim Gottlieb-Walker

Thirty five years ago the King Of Rock n' Roll was still alive. The King Of Pop was still under parental supervision and the God Father of Soul was still entertaining his flock. Punk was nearing the end of it's gestation period and it was still possible for a group of Mormon's to top the charts. The EuroVision Song Contest had just been won by a group of Swedes who were to become the 4th most successful recording artists of all time, David Bowie was putting out ground breaking work with every new release and exciting developments in early Disco and Electro were starting to shift the emphasis ever so slightly away from the pomposity of Prog-Rock or the novelty of Glam. Musically this was, to say the least, a very fertile, prolific and influential period. Those looking for new inspirations or fresh creativity were having to look ever further a field.

Cameron Crowe, here giving one of three accompanying commentaries to this book, was not yet starting to entertain the idea that he would ever capture some of this period as a semi-autobiograhical film, for now he was still living the life of a music journalist not reminiscing about it. Although not a time of particular innocence or naivety, televised war, or TV in general had put paid to that, it was however still a time when the only company capable of entertaining globalization was Coke-Cola, when new scientific discoveries, inventions, space flights and medical miracles were embraced with marvel and wonder. It was not possible to see the world from the screen of your personal computer, you actually had to go out and discover the world. 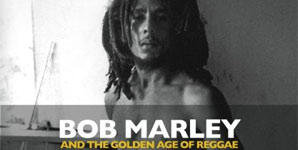 Rock journalism was still a potent and powerful voice. Lester Bangs, a feature in Crowe's film 'Almost Famous', was one of the select writers, then of 'Creem' magazine, who were asked to venture out on a "Third world adventure" to capture the very essence of the Jamaican Reggae scene that Bob Marley was spearheading. Further commentary is provided by Kim's husband, Jeff Walker, the then head of Island publicity. He explains the importance of those visitors, the relationship of the press and how the "myth making" worked around Bob. It is here, at some of the defining moments of the period, that Kim was fortunate enough to find herself behind the lens.

Thankfully, years earlier, back in late 1971, Chris Blackwell, of Island Records, had taken a measured gamble on advancing the then relatively unheard of Bob Marley $6000 to record his first album for the label. Released in 1973 'Catch A Fire' was arguably Reggaes first cross over album. For Marley, and many of his fellow Jamaican collaborators, including Peter Tosh, this was where Reggae would find its voice and begin to capture an ever bigger audience. His follow up a year later, 'Natty Dread', included Bob's first UK top ten hit 'No Woman No Cry'. Charting in 1975, the period this book so poignantly captures, it was when Bob began to truly speak to a World audience, and the World duly listened. "Me don't dip on the black man's side or the white man's side, me dip on God's side."

The photography captured within Bob Marley And The Golden Age Of Reggae is fantastically honest. There are true moments of uninhibited joy, exuberance and passion. Many shots are taken as if Kim herself were invisible in the situation, so open, candid and lovingly revealing they appear to be. Bob Marley, Peter Tosh and Bunny Wailer are all portrayed by a photographer clearly immersed in her subject matter. There are even some great shots taken with her son, Orion, at Bob's Jamaican home. A vast majority of these photo's have not been seen since the time around which they were taken, and some have never been seen before, including many from the 'High Times' cover shoot. What they reveal is a man about to become idolised around the world giving the best performances of his life, The Santa Barbara County Bowl and the L.A Roxy gigs both strikingly captured here, at ease with himself and at one with the World.

Kim was present during the time Bob released many of his defining and influential albums, 'Rastaman Vibration' among them. Preceding 'Exodus' this was Bob's USA breakthrough album, the last released before Bob left Jamaica after being caught up in gunfire exchange that injured himself and his wife. At home in Jamaica, as well as California, Kim was able to shoot Bob at will, making each frame look seemingly so natural. There is nothing contrived, rehearsed or manufactured about any of the photos she has taken. They help define those moments so clearly and only serve to remind us of how different the world was and what a tragic loss of life Bob's sad and untimely death would be.

Kim Gottlieb-Walker's collection of striking photography, together with each of the commentaries, provides a fabulous documentary to a pivotal period in the life of Bob Marley and Reggae in general. As a very respected photographer Kim has gone on to work in TV and film, but it would be difficult to imagine that she has ever assembled a body of work that is so obviously crafted with such love and empathy for her subject. Bob Marley And The Golden Age Of Reggae is a very fitting testament to both.

Copyright Dispute Over 13 Bob Marley Songs Kicks Off In London