The Family Of Shirley Temple Is Giving Back To The Industry Which Made Her A Star With A $5 Million (£3.1 Million) Donation To The Planned Academy Museum Of Motion Pictures In Los Angeles. 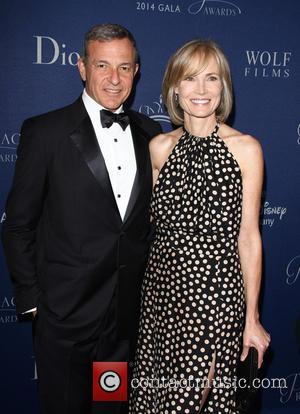 Picture: Bob Iger and Willow Bay - A host of stars attended the 2014 Princess Grace Awards Gala which was presented by Christian Dior Couture at...

The generous gift was announced by officials at the Academy of Motion Picture Arts and Sciences on Thursday (08Oct15), as they revealed the contribution also includes key artefacts from the former child star's career.

Among the memorabilia to be put on display are Temple's tap shoes and practice-steps used in her famed stair routine in The Little Colonel, her first set chair from Fox Studios, and the Honorary Juvenile Academy Award she received in 1934 at the age of six.

In addition, the learning centre at the Academy Museum, slated to open in spring 2018, will be named The Shirley Temple Education Studio in recognition of her donation.

"Shirley Temple... captivated audiences as an actor and her work as a diplomat touched countless lives," said Bob Iger, the Disney chief who is chairing the museum's capital campaign. "Her gift to the Academy Museum ensures her work will continue to inspire future generations of film lovers."