Bob Hoskins has signed on for a role in British science fiction movie 'Transmission'. 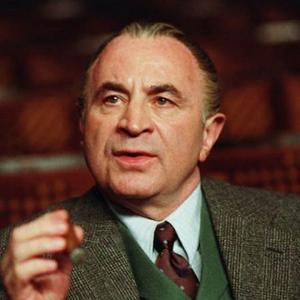 The 'Who Framed Roger Rabbit?' actor has signed up for alien invasion flick 'Transmission' along with Jason Flemying and Talulah Riley.

'Spiderman' actor Willem Defoe is also in talks for a role in the film, Movie Hole reports.

The British science fiction film will focus on an alien invasion of Earth during a solar eclipse and will be shot in 3-D.

'Transmission' is being developed by Giles Alderson and his writing/ producing partner Martin Owen for Gold Films and is being described as 'Pitch Black meets 28 Days Later'.

Roger Christian, the Oscar winning art director of 'Star Wars' and director of the John Travolta flop movie 'Battlestar Earth' is in talks to direct the film.

Hoskins can next be seen in 'Made in Dagenham' - a drama based on the 1968 strike at a car plant in the town - alongside Rosamund Pike and Miranda Richardson.

"Never Give Up" Bob Hoskins Leaves 11 Life Lessons for Daughter