Bob Hoskins, the best-loved British actor whose career in film spanned more than 30 years, has died - he was 71. Hoskins retired in 2012 following a diagnosis with Parkinson's disease in the previous autumn. Though his best worked spanned numerous genres, he will perhaps be best remembered for his turn as London gangster Harold Shand in The Long Good Friday.

Bob Hoskins at the 'Made in Dagenham' Premiere in London

He first found fame in Dennis Potter's Pennies from Heaven, though went onto have lead roles in Brazil, Mona Lisa, Mermaids and the classic Who Framed Roger Rabbit? Connoseurs would argue that his best work came when teaming up with This Is England director in Twenty Four Seven, and A Room for Romeo Brass.

He would go on to work through ill health and most recently appeared in Made in Dagenham, Snow White and the Huntsman and Outside Bet. On the set of the latter - about the Wapping newspaper dispute in the mid-80s - Hoskins told the Guardian why he kept on working: "There's always someone who rings up and says: 'Now Bob, before you go, there's a cracking little swansong for you'."

Acting wasn't Hoskins first job -it actually came along by accident, when he turned up with a friend for an audition at the old trade union theatre, the Unity. Hoskins was just there for a drink - with his pal gunning for the part. Before he knew it, he found himself reading from the script to play the young thug, landing the lead.

"There's two things I love about this business," he told The Guardian's Simon Hattenstone, "One's acting and the other one's getting paid for it. The rest of it is a mystery to me. But I ain't got the faintest idea what the fuck is goin' on, you know. I've read Stanislavsky, and I thought, well, this is obvious."

Hoskins always  liked his money, and couldn't believe his luck when BT pegged him for a huge advertising campaign. The actor was paid a fortune for his "It's good to talk" voiceover. "I couldn't believe it. It was un-be-lie-va-ble" he said of the job, "[But] The worst thing that happened to me was Madonna getting stalked by a fella called Bob Hoskins, and I had f*ckin' hundreds of people come up to me, and say 'It's good to stalk.' Bastards! Hahaha!" 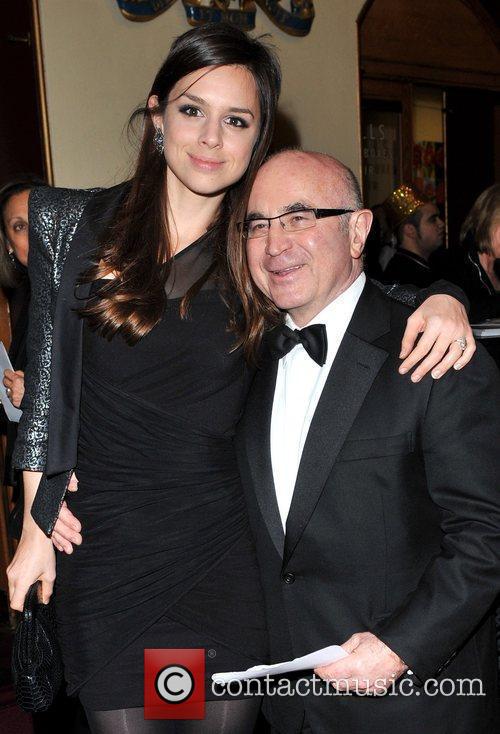 Bob Hoskins with his daughter Rosa

Hoskins admitted there was blips in his CV and despite the money, there was one particular movie that he detested.

"The worst thing I ever did? Super Mario Brothers," he said, "It was a f*ckin' nightmare. The whole experience was a nightmare. It had a husband-and-wife team directing, whose arrogance had been mistaken for talent. After so many weeks their own agent told them to get off the set! F*ckin' nightmare. F*ckin' idiots."

Of his acting career, Hoskins told Hattenstone, "It's given me everything I've ever wanted. It's given me a job that gives me a buzz, it's paid me a fortune, I live the life of a rich man, it's given me a chance to educate my kids, given them the education I never had."

We here at Contactmusic.com send our condolences to Bob Hoskins family and friends.

Watch Bob Hoskins in the 'Made in Dagenham' trailer:

"Never Give Up" Bob Hoskins Leaves 11 Life Lessons for Daughter