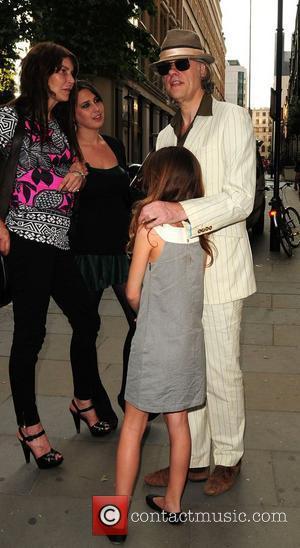 SIR Bob Geldof's daughter Peaches has Nick Cave song lyrics tattooed across her entire lower back. The bizarre etching, a verse from Cave song Into My Arms, was created by British tattoo artists Dan Gold and is thought to be a tribute to boyfriend Frederick MACpherson - a fan of the rocker. The tattoo reads, "I don't believe in an interventionist god. But I know, darling, that you do. But if I did I would kneel down and ask him. Not to intervene when it came to you."