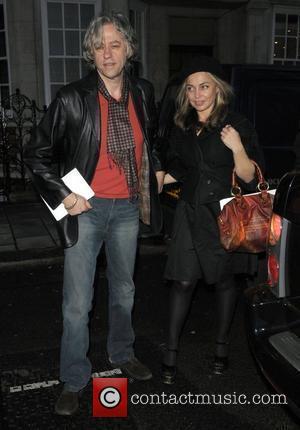 Rocker Bob Geldof's daughter Peaches is to be quizzed by police after she was caught on tape buying drugs from Amy Winehouse's alleged dealer.
In the clip, captured by a hidden video camera, Geldof, 19, can apparently be seen handing a man and woman $280 (GBP140) in cash and being told by the man the deal will cost her $380 (GBP190).
She then agrees to the amount and tells the couple, "I'm going to need Valium tomorrow after this."
According to reports, the tape was seized by authorities as part of an investigation into the drug-dealing pair, Jonny Blagrove and Cara Burton, who police believe are running a celebrity drugs empire.
The clip is reported to have been shot the day before Blagrove recorded footage of singer Amy Winehouse allegedly smoking crack cocaine at her home, which hit headlines after it surfaced earlier this year (Jan08).
A police source tells British newspaper the News of the World, "She will be interviewed some time this week and asked to explain what is happening in the video and why she is handing money over to the couple.
"It is all part of a large investigation into alleged drugs dealing."
It is not the first time the teen has been caught up in controversy. She was accused of shoplifting in October 2006 and caused a stir again last month (20Apr08) when she was blamed for stealing an expensive gown from London store Victim.