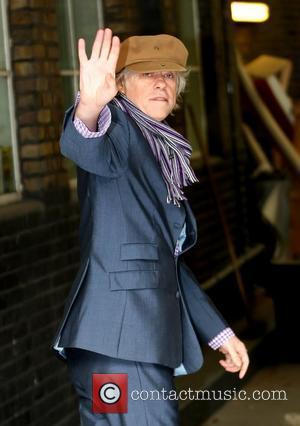 Bob Geldof has vowed to have a serious talk with his daughter Peaches after she was allegedly caught on camera buying drugs.
Editors at Britain's The People newspaper claim to have seen footage of the 23 year old approaching a car in a London street and allegedly purchasing a substance believed to be cannabis. They claim to have been offered the video clip by a man representing an alleged drug dealer, but refused to pay the fee he demanded.
Peaches' father Bob has been informed about the video and has confirmed he will be speaking to his daughter about it.
He tells the publication, "I appreciate you letting me know about this. I can't talk about her as it inflames everything, so the discussion will be between a dad and his daughter - in as much as you can speak to a 23 year old. I need to do the family thing and be left alone with this."
Peaches' agent, John Noel, adds, "We are not getting involved with the matter because we are tyring to get Peaches back on track."
The young TV star has been a regular in the headlines over the last few months amid allegations of shoplifting, which she strenuously denied. She was previously embroiled in scandal last year (10) when naked pictures emerged online and an unnamed ex-boyfriend went public with allegations they enjoyed a night of sex and drugs together.