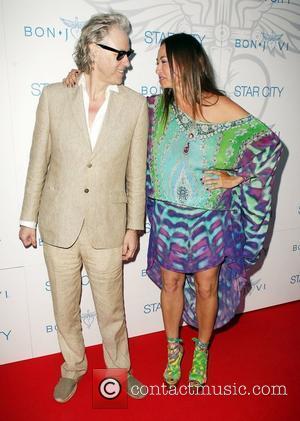 Rocker Bob Geldof hates feeling his music is often overshadowed by his philanthropy - because performing live is his "greatest pleasure".
The former Boomtown Rats frontman is better known for his charity efforts and activism than his back catalogue.
But the Irish singer, famed for organising the Live Aid charity concert in 1985 to raise money for famine relief in Ethiopia, admits he would like more recognition for his music.
He tells Britain's Daily Telegraph, "You know the John Lennon song Julia: 'When I cannot sing my heart, I can only speak my mind'? Well, I have every opportunity to speak my mind. If I wanna write about economics, I can write for the FT (Financial Times) or the Telegraph. I have done! If I wanna make a speech about debt reduction, I can make a speech to world leaders. If I want to get on Newsnight and talk about global poverty, I'll be on. What I'm not allowed to do is sing my heart. And that's something everyone needs sometimes...
"My thing was... have hits, talk about things that were important, change it. But what somehow got lost was the music. Playing live, without any question is my greatest pleasure."