Geldof Has Long History Of Drug Use, Says Friend 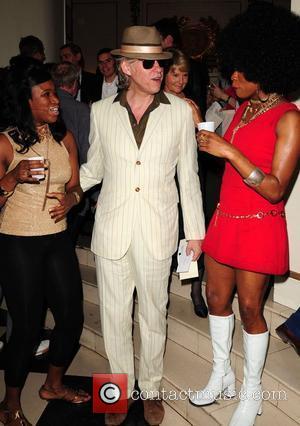 Bob Geldof's daughter Peaches has been branded a "hypocrite" for trying to create a drug-free image of herself in the press - because she allegedly has a long history of illegal substance abuse, according to a new report.
Earlier this month (May08), the 19-year-old hit the headlines after she was caught on tape reportedly buying drugs. She escaped police charges because of a lack of evidence.
But now one of her former friends has come forward to refute Geldof's previous claim that she "would never use" drugs - revealing that she has earned herself the nickname 'Dyson', after the brand of vacuums, for her reputation as an alleged drug user.
Rock drummer Snell - real name Neal Eldridge - claims he first witnessed the teenager's drug-taking in October 2006 while backstage at London's Kentish Town Forum, where his former band Towers Of London was performing.
Eldridge, 30, tells British newspaper News Of The World, "Peaches is the biggest hypocrite I know. She would go out on a drink and drug bender with us, then days later publicly claim to have a squeaky-clean, drug-free image. Every time the cocaine came out, she was there first to hoover (vacuum) it up.
"Lines of cocaine were cut up and laid out on a mirror. It was passed between everyone. When the coke got round to Peaches, she tried to hide what she was doing, turning away. She seemed to know what she was doing as the coke disappeared quickly enough. That was the first time she took drugs in front of us and it clearly played on her mind not to be spotted."
And Eldridge warns Peaches could end up like her late mother, Paula Yates, if she's not careful.
He adds, "She certainly can take her drugs. Perhaps she inherited that from her mother. She'll think this drug scandal is cool. If she is not careful she will head the same way as her mum."
Yates died of a heroin overdose in 2000 at the age of 41.