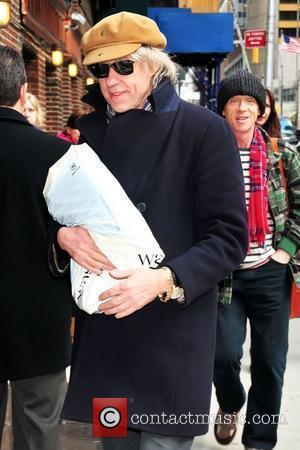 Sir Bob Geldof's wildchild daughter Peaches is embroiled in a new naked picture scandal - exactly a year after nude snaps of the star were posted online.
The TV personality hit headlines last March (10) when rude photos appeared on the internet alongside a story from a man who claimed to have had a night of passion with the Brit in 2009.
Now, a year after her last scandal, Geldof has hit the headlines in her native U.K. again following the release of a series of new risque pictures - including one where the star is completely naked across a car bonnet in broad daylight.
In other snaps, obtained by Britain's The Sun, Geldof can be seen in a series of saucy poses with pals, including one where an unidentified male is licking her breast and another where she poses seductively with a topless girl.
According to the publication, the pictures were taken when Geldof lived in Los Angeles with ex-boyfriend Eli Roth last year (10). She split from the director in November (10). Editors also claim they refused to publish certain snaps because of their explicit content.
A source tells the newspaper, "Peaches was involved with a lot of hipsters, only attending the coolest parties - or those deemed the coolest. These people thought it hilarious to whip their clothes off in public and take photos.
"Most are spoilt little rich kids who don't have to worry about money and spend their time getting wrecked (drunk). Their lifestyle's ridiculous. Peaches was swept along."
It's the latest scandal to hit the socialite - police recently launched an investigation into allegations she stole a dress from a London store. But on Wednesday (16Mar11), a spokesperson for the star revealed officers had no plans to quiz Geldof because of "insufficient evidence".