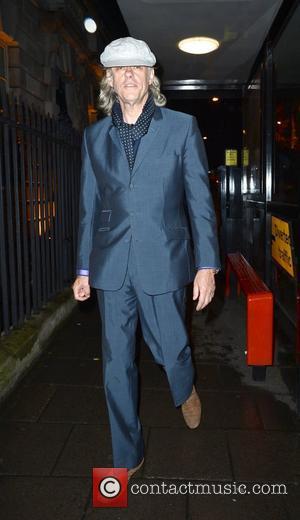 A British festival featuring acts including Bob Geldof and The Human League has been axed at the last minute due to extreme weather conditions.
Beverley Knight, pop rockers Texas, Scouting For Girls and reunited 1990s band Steps were also set to perform at M Fest in Leeds, England this weekend (07-08Jul12) but organisers have decided to cancel the event over safety concerns if predicted storms move in.
A statement from the festival chiefs reads, "It is with our deepest regret that due to the adverse weather conditions leading up to this event in conjunction with the extreme weather warning as issued... for the weekend, we were left with no other decision than to abandon this weekend's Mfest.
"This was a joint decision made between the promoter, the production team, health and safety and (venue) Harewood House. We sought advice from a number of agencies including Leeds City Council before making the decision.
"The public's health and safety is of paramount concern, therefore it would be irresponsible to continue however disappointed we all are."