Bob Geldof Says Britain Is Most Generous Country In The World

Bob Geldof has praised the generosity of British people, saying they ''shame'' other nations into helping out in a crisis. 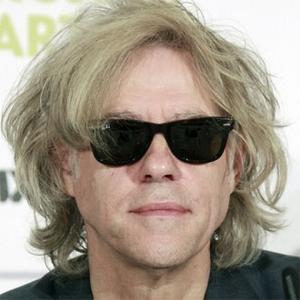 Bob Geldof thinks British people are the most generous in the world.

The singer-and-political activist - who was instrumental in organising the Live Aid charity concert for Africa in 1985 - believes the way UK residents and organisations are willing to help in a crisis, such as drought-hit Africa, "embarrasses" other nations into offering assistance too.

He said: "Almost uniquely in the world, and to the amazing credit of this place, The Brits pile in. Not just as a government - all of them, all parties - but as a people.

As well as his charity work, Bob is looking forward to performing some solo concerts, though he is convinced that British people don't care about his music.

Speaking to UK TV host Lorraine Kelly, he said: "I haven't played in England for a long time, mainly because part of me thinks they couldn't care less. Like everywhere else is cool, but here, it's you know, Bob stuff."