The Boomtown Rats singer filled his set at the Brentwood Festival in Essex with foul-mouthed rants, causing many fans to walk out.

Bob Geldof reportedly ranted at fans during the Brentwood Festival in Essex last weekend because, according to him, they were wearing Primark clothes. The Mirror reports that hundreds of fans walked out of the family event because of the Boomtown Rats singer’s explicit language and offensive comments. 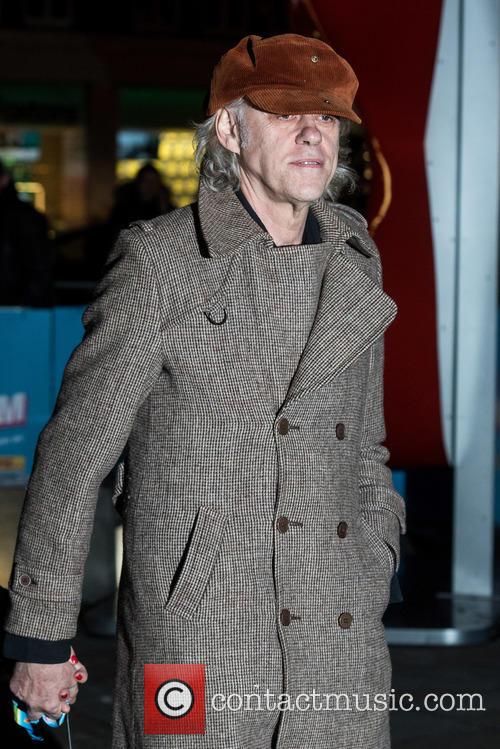 "Because I am wearing a f**k off pretend snakeskin suit and [they] are wearing f**k off cowboy shirts even though they live in London.” Pointing to a member of his band he continued: “This [guy] who you'll remember as a slim handsome young lad is wearing a f**k off purple suit with an elasticated waistband so that when he gets even f*****g fatter you won't notice.”

The outspoken frontman later moved on to politics saying: "That song we just did was written at the end of 1975 when Margaret Thatcher became leader of the opposition. What are you booing for? We're in f*****g Brexit land here guys. Yeah, we're Irish, we're still in Europe.”

"It's just as well we wrote that song because this year is about Theresa May . She's gonna do you in. There's always someone looking at you Brentwood.” Geldof is also said to have paused and stayed silent for 90 seconds, during ‘I Don't Like Mondays’.

One festival goer told The Mirror: “They sounded pretty dreadful, especially after just hearing the fantastic voice of Tony Hadley , and of course they have a very limited back catalogue. We were just thinking we probably wouldn't bother staying to hear 'I Don't Like Mondays' as it didn't look like it would be worth the wait when Bob launched into an extraordinary, expletive laden rant.”

More: Bob Geldof Berates Millennials In Fierce Rant About The State Of The World

"As he launched into another dreadful song, we, along with hoards of others, headed for the exit and I found myself in a queue to leave in the middle of the headline set. All around you could hear mutterings from fed up festival-goers of how disgusting he was and 'how dare he’."

Festival co-ordinator Laurie Edmonds apologised for Geldof’s language, but said it all "part of the act.” She told The Mirror: ”They're a punk band. You expect them to be a bit controversial and he got a reaction from the crowd. People know he speaks his mind. That's just what they do but they were a fantastic punk band and we thought it would go down well with our crowds.”

"Some people who felt it was offensive made the decision to leave. We're truly sorry if people were offended. It wasn't our intention in booking them. We have had a couple of complaints but we've equally had people saying they were one of the best sets all weekend.”