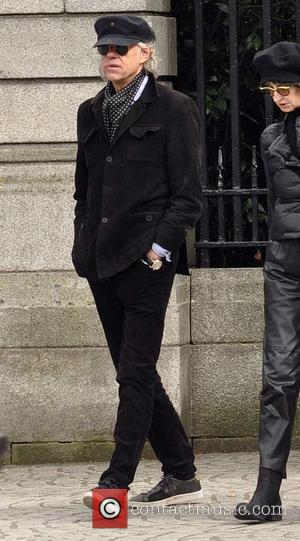 British rocker Bob Geldof took to the stage on Sunday (25May14) for his first performance since the death of his daughter Peaches.

The Live Aid founder and his band The Boomtown Rats headlined Volksfest in Plymouth, England and performed a 75-minute set.

The frontman made no mention of his tragic daughter, who died after taking heroin at her home in Kent, England in April (14), and he impressed audience members with his composure.

One festival-goer tells Britain's Torquay Herald Express newspaper, "He put on a remarkable show in the circumstances. He must be hurting deep down but there was no sign of that and he was a real pro. We thought he might have said something or devoted a song to Peaches perhaps but there was no mention of her."