Bob Geldof Plays His First Gig With The Boomtown Rats Since The Death of Daughter Peaches.

Geldof’s daughter Peaches died suddenly on April 7th at the age of 25.

Boomtown Rats singer Bob Geldof has returned to the stage for the first time since the death of his daughter Peaches seven weeks ago. 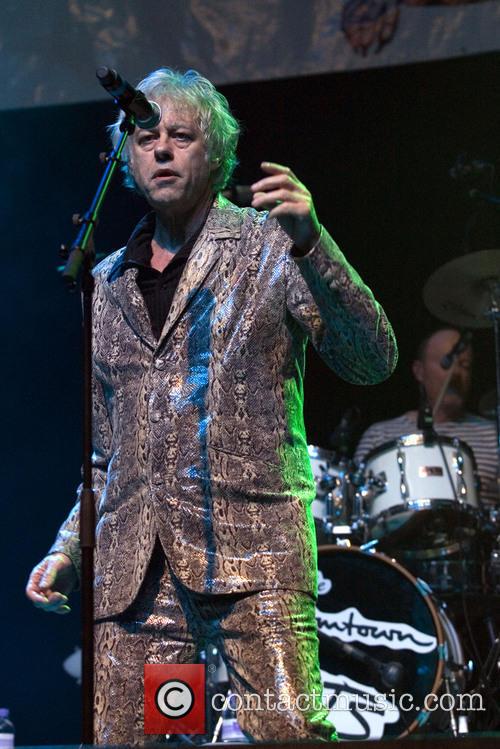 Geldof has returned to the stage with the Boomtown Rats

Geldof and his band preformed at the Volksfest Festival in Plymouth, Devon on Sunday. Local paper, The Torquay Herald Express reports that the band played “a full 75 minute set”. Geldof made no reference to Peaches during the appearance and fans described his performance as “remarkable” considering the tragic circumstances.

A festival goer told the newspaper that Geldof, “must be hurting deep down but there was no sign of that and he was a real pro.” Adding, "We thought he might have said something or devoted a song to Peaches perhaps but there was no mention of her.”

Geldof was the one who announced his daughter’s death, seven weeks ago, giving an emotional statement on his disbelief and shock at the tragedy. The singer wrote, "Peaches has died. We are beyond pain. She was the wildest, funniest, cleverest, wittiest and the most bonkers of all of us.”

The opening of an inquest into the 25 year old’s death earlier in the month stated that recent heroin use ‘was likely to have played a role’ in her death. The TV presenter and columnist was found dead in her home in Wortham, Kent on April 7th by her husband Thomas Cohen. She is survived by the couple’s two young sons, Astala and Phaedra.

Earlier this month Geldof proposed to his longtime girlfriend Jeanne Marine, the couple have been together for 18 years. Friend Jerry Hall announced the engagement saying, "Bob and Jeanne have been through hell, but they are determined something positive will come out of it." Adding ''After all the sadness, we need something to focus on which will bring joy and light.''