The third close female companion to die in his life wasn't totally unexpected.

Bob Geldof opens up about the death of his daughter Peaches last year in a heart-breaking radio interview in which he contemplated losing three important women in his life, including his ex wife and mother. Though he admits that Peaches' death wasn't as shocking as it could've been. 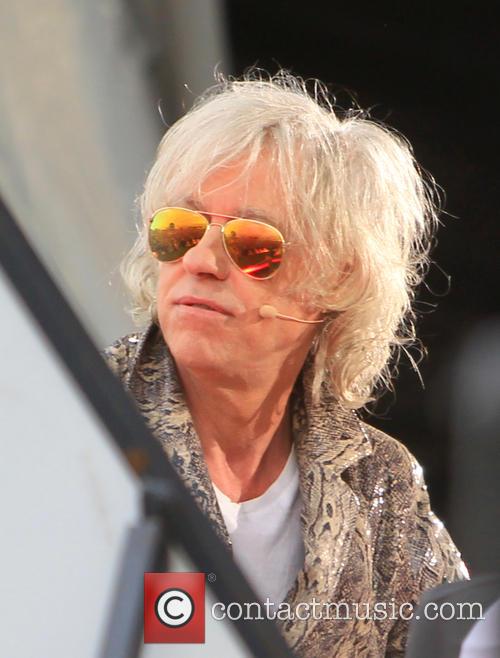 The 64-year-old has had to stay strong in the face of death since he was a child. He was just 6 or 7 when his mother Evelyn passed away following a cerebral haemorrhage. Then 15 years ago, his ex-wife Paul Yates (and mother of his children Fifi Trixibelle, Peaches and Pixie) died from an alcohol and drug overdose. And it was just last year, on April 7th 2014, when Peaches herself was found dead at home in Kent after a heroin overdose in a dark mirroring of her mother.

She was just 25-years-old and a mother to two young children with her husband Thomas Cohen. But even then, Bob Geldof had his worries about her lifestyle. 'With Peaches it was different; I was half-expecting it', he confessed in an interview with Ireland's RTE Radio 1. 'The way she was carrying on, there's nothing you can do about it.'

Things were different, according to him, when Paula died. 'With Paula, the leaving me was worse than the dying. It made me realise that love isn't enough', he explained, referring to her departure when she decided to begin a relationship with INXS singer Michael Hutchence.

Alas, Geldof still thinks about his daughter with the passing of each day. 'She's with me every second of every day. She's the girl that bounds into my consciousness when I least expect it', he said, adding that the grief can be overwhelming at times. 'I find that label 'forever 25' unbearable. You're not supposed to see your children die.'