Irish Rocker Bob Geldof Has Offered Four Refugee Families The Chance To Live With Him In A Bid To Tackle The Escalating Crisis In Europe. 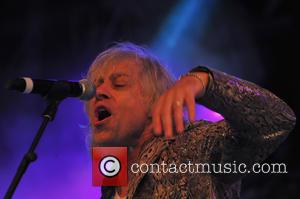 The Boomtown Rats star has declared politicians need to do more to help those caught up in the humanitarian disaster on the continent as thousands of refugees fleeing conflict zones have become stranded, and he is prepared to get involved by offering up spaces in his two homes.

Geldof ranted about the crisis during an interview on Irish station RTE Radio One on Friday (04Sep15) and even had to apologise for swearing during the morning show.

He says, "I look at it (the crisis) with profound shame and as a monstrous betrayal of who we are and what we wish to be... It's (the) failure of... new politics that has led to this f**king, sorry, this disgrace, this absolute sickening disgrace.

"I'm prepared - I'm lucky, I've a place in Kent (in England) and a flat in London - me and (wife) Jeanne would be prepared to take three families immediately in our place in Kent and a family in our flat in London, immediately, and put them up until such time as they can get going and get a purchase on their future (sic). I cannot stand what is happening... We are better than this. We genuinely are."

Geldof went on to insist he feels "eternally grateful" for being allowed to settle in the U.K. from Ireland and added, "We must have the politics and the humanity to deal with it (the crisis). It makes me sick and a concert (like Geldof's Live Aid charity shows) won't do it."

Since his interview, British Prime Minister David Cameron has pledged to rehome thousands of Syrian refugees who are currently housed in United Nations camps close to the borders of the war-torn country.