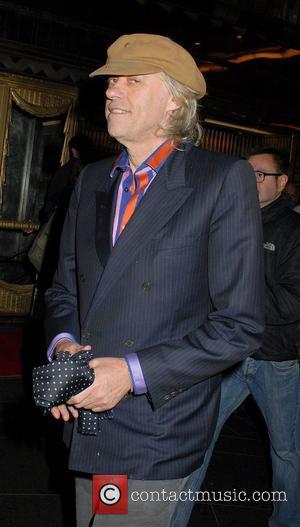 Picture: Sir Bob Geldof at the press night for The Sunshine Boys at the Savoy Theatre. London, England -17.05.12

Live Aid hero Bob Geldof fears the 1985 charity super-gig has forever "damaged" his ability to achieve solo success.
The rocker, who organised the record-breaking aid concert, is convinced he would be a respected elder statesman of music, like Sting or Paul Weller, if he hadn't been such a big part of the world's largest show.
He tells London's Evening Standard, "It's (Live Aid) completely damaged my ability to do the thing I love. If it hadn't happened I think I would have been able to make the transition from (band) The Boomtown Rats to a solo thing more like Paul Weller or Sting."