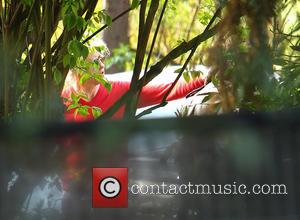 The Boomtown Rats frontman is still mourning his daughter Peaches, who was found dead at her home in Kent, England last month (Apr14).

However, model Hall, who accompanied the couple to the socialite's funeral, reveals the rocker has asked French actress Marine to marry him after 18 years together.

Hall tells Britain's Daily Mail newspaper, "Bob has proposed. She (Marine) is over the moon. Jeanne Marine has been a rock and a tower of strength over this. I'm so excited for her I am bursting to tell someone. Bob and Jeanne have been through hell, but they are determined something positive will come out of it.

"After all the sadness, we need something to focus on which will bring joy and light... I'm so happy for her. It makes you realise we all have to value what we have."

An inquest into Peaches' death is due to be held on Thursday (01May14).