Bob Geldof has blasted charity single 'Do They Know It's Christmas?' - which he co-wrote - calling it one of the ''worst songs ever''. 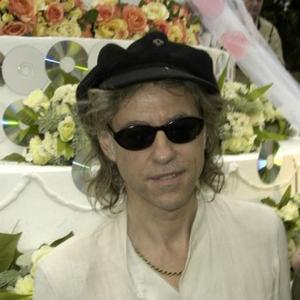 Bob Geldof has blasted charity single 'Do They Know It's Christmas?' as one of the "worst songs ever".

The former Boomtown Rats singer and charity campaigner co-wrote the festive staple - which was recorded by a host of the biggest names in pop music in November 1984 and released later that year - with Midge Ure to raise money for the relief of the 1984-1985 famine in Ethiopia.

'Do They Know It's Christmas?' has since become a favourite Christmas track in the UK and continues to receive heavy airplay during the festive season, although Bob - who also helped co-ordinate and appeared on a US equivalent charity track, 'We Are The World' - has long ago stopped being a fan.

He said: "I am responsible for two of the worst songs in history. One is 'Do They Know It's Christmas?' and the other one is 'We Are The World'.

"Any day soon, I will go to the supermarket, head to the meat counter and it will be playing. Every f***ing Christmas."

Bob added he doesn't even like hearing carol singers perform the track to him.

He added: "Sometimes I think that's wild because I wrote it. Or else I am thinking how much I want them to stop because they are doing it really badly."

Midge - who was in the band ULTRAVOX - has yet to give comment.