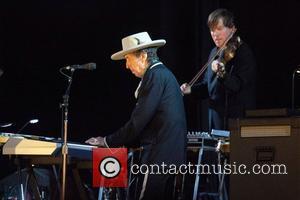 The March on Washington event in 1963, featuring Bob Dylan, Joan Baez and folk icon PETE SEEGER, has beaten THE Beatles' Ed Sullivan shows and Dylan's controversial Newport Folk Festival gig to top a list of America's greatest concerts in the past 50 years.
Elvis Presley's NBC TV special in 1968, The Beatles at Shea Stadium, the Sex Pistols final show in San Francisco, California and Jimi Hendrix's show-stealing performance at Woodstock also made the top 10 in Relix magazine's poll.
Editor Josh Baron admits the number one choice might not be obvious to music fans, but the Washington, D.C. civil rights event and gig was "our country's greatest (concerts)."
He adds, "While it is a day most remembered for profound speeches... music had a significant voice that day too."
The highlight of the civil rights event was Martin Luther King Jr's stirring 'I Have a Dream' speech.