Bob Dylan will appear in a Chrysler Super Bowl commercial and his 1966 hit song 'I Want You' wil be featured in an ad for Chobani. 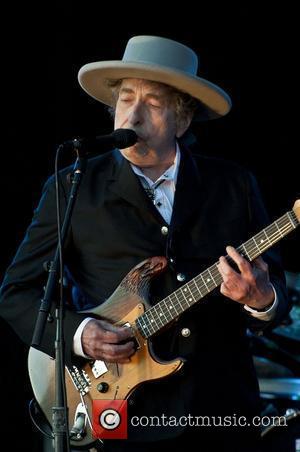 Bob Dylan, a music pioneer since the 1960s, will be the latest high-profile personality to star in a Super Bowl ad for the upcoming sporting event.

The 74 year-old singer/songwriter will appear in a new commercial for Chrysler, which will be the latest in the automobile's series of cinematic Super Bowl ads, according to Billboard.

Dylan's name joins a list of other major entertainment stars, including Eminem, Clint Eastwood and record producer Berry Gordy, who have appeared in Chrysler ads in recent years for the annual NFL game.

It is not yet known which Dylan song will feature in the commercial.

Although the 'Blowin in the Wind' singer has been known to be strict when it comes to licencing his music for commercial, TV or film purposes, in recent years Dylan has eased his approach on the matter.

In the past decade Bob has surprisingly starred in a 2004 Victoria Secret commercial, and has featured in a 2006 ad for Apple as well as a role for Cadillac in 2007, which happens to be Chrysler's rivalry.

Dylan is expected to advertise the automaker's 2014 Chrysler 200 model which was unveiled only recently.

This will be the second commercial at the 2014 Super Bowl which will feature Dylan in some aspect, a new Super Bowl commercial for Chobani featuring Bob Dylan's 1966 hit 'I Want You' surfaced online this past Tuesday (Jan 28th), but the 'Time They Are a-Changin' singer did not have a role in it.

Neither Chrysler nor Dylan have commented on the commercial news.