Bob Dylan is working on a new album after posting a cover of Frank Sinatra's 'Full Moon & Empty Hearts' on his website. 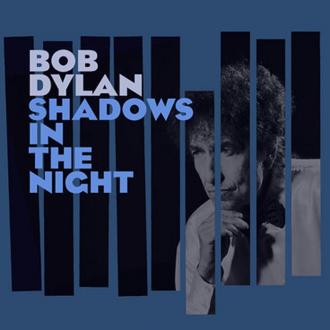 Bob Dylan is working on a new album.

The 72-year-old singer has treated fans on his website bobdylan.com by posting a cover of Frank Sinatra's 'Full Moon & Empty Hearts', which will reportedly be featured on his 36th studio album.

A spokesperson for the singer told Rolling Stone magazine: ''This track is definitely from a forthcoming album due later on this year'', which will be the follow-up to 'Tempest', which was released in 2012.

The song was written by Ted Mossmann and Buddy Kaye and was based around Sergei Rachmaninoff's 1901 composition 'Piano Concert No. 2 in C Minor'.

However, Sinatra made the song famous and Dylan's version can now be streamed on his site.

The 'Blowin' in the Wind' hitmaker also posted a photograph of himself in what appears to be a vintage album cover entitled 'Shadows In The Night', referencing Sinatra's song 'Strangers in the Night'.

Meanwhile, Elvis Costello, Marcus Mumford of Mumford & Sons and Jim James of My Morning Jacket are working with producer T Bone Burnett on a record based on long-lost lyrics written by Dylan.

The stars have been recording at Los Angeles' Capitol Studios to work on more than 20 unfinished songs for the record, 'Lost On The River: The New Basement Tapes', which will be released later this year, alongside a documentary, directed by Sam Jones.