Bob Dylan has produced just 100 copies of his new compilation album, 'The 50th Anniversary Collection' and has hidden them in selected record shops across Europe. 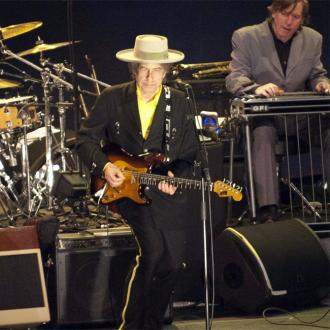 Bob Dylan has produced just 100 copies of his new album.

The album features 86 live tracks and studio outtakes recorded by Dylan in 1962-63, including a previously unheard version of his classic 'Blowin' In The Wind'.

According to sources at Sony, the compilation isn't really meant for mass consumption and is just an attempt to keep the tracks from entering the public domain.

A source explained to Rolling Stone magazine: ''This isn't a scheme to make money. The whole point of copyrighting [this material] is that we intend to do something with it at some point in the future. But it wasn't the right time to do it right after [Dylan] released 'Tempest'.''

The 100 copies have been sent to specialist record collector shops in Britain, Germany, France and Sweden, and the rare item is already being sold for £1,000 on eBay.