An article by Slate magazine, prompted by a blog post, claims that Dylan plagiarised the section of his Nobel Prize lecture about 'Moby Dick'.

It took him the best of nine months to get round to doing it, but now it has been claimed that Bob Dylan plagiarised his Nobel Literature Prize lecture from SparkNotes, an online version of revision resource CliffNotes.

A report by Slate Magazine on Tuesday (June 13th) highlighted similarities between the SparkNotes entry on Herman Melville’s novel Moby Dick and Dylan’s speech, in which the singer discussed the three books that had had the biggest impact on his writing and career. 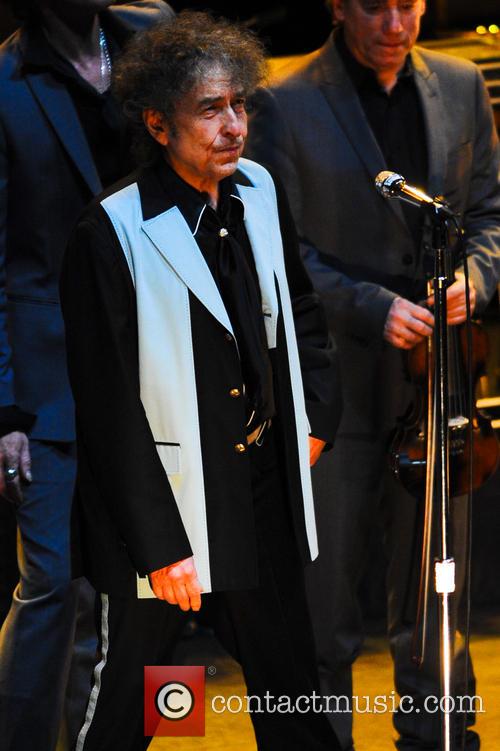 Slate’s investigation was triggered by the discovery, by writer Ben Greenman, that Dylan had quoted a passage that doesn’t appear in any editions of ‘Moby Dick’. In his lecture, Dylan quoted a Quaker priest who, in the aftermath of a storm at sea, tells another character: “Some men who receive injuries are led to God, others are led to bitterness.”

However, Greenman said that the line, as Dylan quoted it, doesn’t appear in the book, leading him to believe that the singer simply misremembered it.

But Slate ran it through SparkNotes and came up with a similar phrasing, raising the possibility that Dylan copied it.

Furthermore, the article claims that it found 19 other similarities between Dylan’s descriptions of ‘Moby Dick’ and the online resource’s notes on the subject. Representatives for Dylan and the Nobel committee have not commented on the claims.

The 76 year old songwriter, famed for his cryptic lyrics full of imagery and metaphor over his vast career, controversially won the Nobel Prize for literature back in October 2016. He had until June 10th to deliver his lecture or forfeit the prize money of $900,000.

After months of virtually complete radio silence on the matter – he took several weeks to even acknowledge the honour – Dylan gave his lecture on June 4th, less than a week before the deadline, and delivered it in the form of a beat poem and reciting it over a piano part.

Dylan has been accused of lifting his lyrics from other sources before in his career, but the singer has often maintained that doing so has always been a valid method in the tradition of folk music.

More: Bob Dylan picks up Nobel Prize medal – just because he happened to be in town