Bob Dylan has been nominated to receive France's top award, the Legion d'honneur, it has been confirmed. 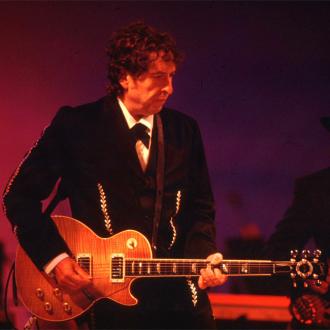 Bob Dylan has been nominated to receive France's top distinction.

The 72-year-old singer was put forward for the Legion d'honneur to celebrate his artistic achievements by France's culture minister Aurelie Filipetti last month, and the nomination has now been approved by the award's 17-member council.

The decision has proved controversial since the prestigious title, which dates from Napoleon's time, is not traditionally awarded to foreigners, and was originally rejected in May.

Satirical newspaper Le Canard Enchaine reported at the time Dylan was turned down due to his opposition to the war in Vietnam, where France was a former colonial power, and his alleged use of cannabis.

However, there are some exceptions to the rule, with U2 frontman Bono being presented with it in the past. Most recently, President Francois Hollande presented legendary Beatles bassist Sir Paul McCartney with the award in September 2012.

Jean-Louis Georgelin, the Légion d'honneur's chancellor, wrote in Le Monde newspaper: ''The council has taken into account the ancient practice of our country, which intends to be a beacon of international culture, to award the first of our orders to great foreign artists. Many elements have been carefully considered to make this decision.''

Dylan, praised as a ''tremendous singer and great poet'', received a lower rank of the award in 1990.

Last month, the 'Like a Rolling Stone' musician was honoured across the Atlantic by becoming an honorary member of the American Academy of Arts and Letters.

He became the first ever rock star to be voted an honorary member of the elite society, following in the footsteps of the likes of Woody Allen, Meryl Streep and Martin Scorsese.