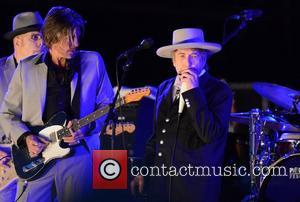 Jonah Lehrer resigned from the New Yorker today (July 30, 2012). Lehrer was forced to admit that he fabricated quotes for his book about Bob Dylan, when he was questioned by Michael Moynihan of The Tablet. Jonah Lehrer apologised for his error and assured readers that he had made a mistake from which he would learn and one that he would not make again.
"The quotes in question either did not exist, were unintentional misquotations, or represented improper combinations of previously existing quotes." He added "But I told Mr. Moynihan that they were from archival interview footage provided to me by Dylan's representatives." The book, entitled 'Imagine,' has now been removed from sale by its publisher Houghton Mifflin Harcourt. A spokeswoman for HMH, Lori Glazer said that the company was "exploring all options" for the book's future. This is bad news for Lehrer who was recently forced to apologise for recycling his own work. He had used excerpts from an article that he had written for The Wall Street Journal and re-used them in a New Yorker post entitled Why Smart People Are Stupid.
New York Times have published Jonah's full apology, in which he admits lying to Mr Moynihan. "The lies are over now. I understand the gravity of my position. I want to apologize to everyone I have let down, especially my editors and readers. I also owe a sincere apology to Mr. Moynihan. I will do my best to correct the record and ensure that my misquotations and mistakes are fixed. I have resigned my position as staff writer at The New Yorker.