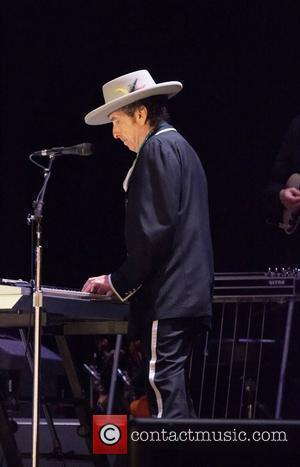 Folk legend Bob Dylan has come under fire for failing to speak out about the detention of artist and activist Ai Weiwei during his visit to China.
The rocker, who is known for his protest songs, dropped his peace anthems from his set in Beijing on Wednesday (06Apr11) to avoid offending officials in the Communist nation. He only spoke to introduce his band at the end of the concert, his first ever in the country.
Human rights activists have now accused Dylan of betraying Ai by not addressing his controversial arrest at Beijing airport on Sunday (03Apr11).
Brad Adams of Human Rights Watch says, "It's shocking to see him collude in this kind of censorship. Back in the day, if he had been in Ai's shoes, he would have expected someone to speak up for him. What does he have to lose?"
Authorities have refused to explain Ai's disappearance, which is believed to be part of a crackdown on critics of the government.
Dylan, who is due to perform in Shanghai on Friday (08Apr11), has not been giving interviews while touring China.