Review of Various Artists, I'm Not There: Original Soundtrack Album by Bob Dylan 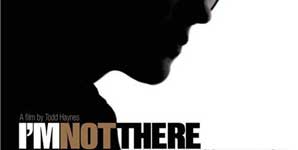 Bob Dylan has always been covered - The Byrds, Jimi Hendrix, for example - and this soundtrack to the Dylan biopic sees him being covered afresh by a wide variety of artists. Eddie Vedder, Sonic Youth, Cat Power, Iron & Wine, Yo La Tengo, Jeff Tweedy, The Hold Steady, The Black Keys and Sufjan Stevens, among others, show just how relevant Dylan's music is to an indie audience. Holding the fort for the older stagers are artists like Roger McGuinn, Tom Verlaine and Ramblin' Jack Elliot. You could always head to iTunes and only download tracks by your favourites (and in so doing avoid the truly awful Antony and the Johnsons, and the mere fillers, such as Mira Billotte's I Went Out One Morning), but the sweep of this double CD is fantastic.

The best Dylan songs allow a whole lot of interpretation, and the most successful tracks here sound like the artists' own. Yo La Tengo's I Wanna Be Your Lover is excellent, as is Sufjan Stevens' Ring Them Bells. Calexico provide backing for many of the artists, as do the assembled band the Million Dollar Bashers (which includes Tom Verlaine), which tends to move them all towards a similar sound. In the end, unless your favourite band is here, or you're the kind of Dylan fan who needs to have the new Dylan title track, there's not much for you - buy by the track.