As previously announced, Bob Dylan returns to these shores in April for his first shows since the release of Modern Times earlier this year. 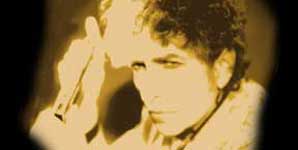 To celebrate the big man's return to the UK.

A further Wembley Arena show has been added due to high demand. Tickets are available from the outlets detailed below.

`Modern Times', which came out at the end of August and is Bob's first new album in five years, has proved to be his best selling record in over 20 years. Public awareness of Dylan is at an all-time high.

The first volume of his memoirs, `Chronicles', was one of the most acclaimed and best-selling non-fiction works of 2004, and last year's `No Direction Home' film, directed by Martin Scorsese, captivated audiences worldwide as it documented Dylan's early career and rise to fame. The film won a Peabody Award in 2006.