Singer felt the pair could have started a relationship together

Bo Bruce has attacked the BBC for driving the wedge between her and Donny O’Donoghue, denying The Voice finalist any chance of a relationship with her mentor from last year.

Bruce’s debut album launch took place in London last week, with the singer being signed off the back of the program, but she’s apparently gutted that she and The Script man weren’t able to take their relationship to the next level. “We were incredibly close and he’s a hot guy. It was a mad time and meeting someone under those circumstances is difficult” she told The Sun. “There was such an obsession with whether or not we were together and that put wild amounts of pressure on us” she added.

Continuing she said, “In the end a decision was made for him to not be around me. The process of writing my album Before I Sleep began when I was supposed to go with Danny to a Coldplay concert. It was meant to be an end-of-The-Voice present — for him and me. But he was told he was not allowed to, because he couldn’t be seen with me in public.” However, things didn’t turn out too bad. “I ended up not going with him but someone took pity on me and invited me to Coldplay’s box, with Coldplay’s agent, who then wanted to sign me” she said. “So although I said I have regrets about what happened, it led to so many other things.” Bruce’s album is released on April 29th, making her timing in coming out with this revelation pretty on the money indeed. 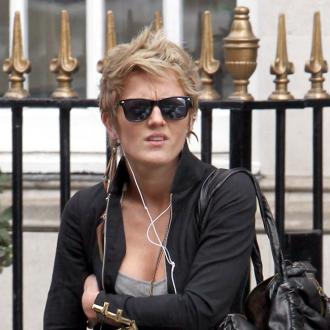