To The End: Was Olympic Concert Blur's Final Gig? 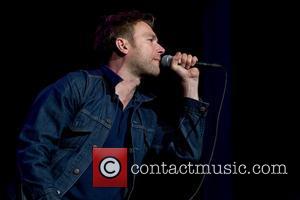 As the last few notes of an emotional 'The Universal' faded into the night air, what was going through the minds of Blur ? The group played a storming set at Hyde Park in London to see off the Olympics, taking in almost two hours and seeing them re-visit hits, album tracks and even B-sides from their glorious 22 year-old history. Was this, as has been much speculated, their last ever show?
They didn't give much away in truth. There was no heartfelt final farewell speech, not even before an encore that comprised of a rare outing for early 90s single 'Sing', new track 'Under The Westway' (the band performed under a giant model of the famous London overpass of the same name), 'End Of a Century', 'For Tomorrow' and 'The Universal'. Damon Albarn might've revealed that the group were paid only $480 for the performance, but that didn't stop themselves committing wholeheartedly towards the performance. The group spanned their entire career through their set, and were joined by familiar guest Phil Daniels for a raucous version of 'Parklife', with Harry Enfield also getting in on the act as they celebrated the "British institution" of the tea lady, according to the NME.
The most surprising rarity of the night was B-side 'Young And Lovely', dedicated by Albarn to the band's various children. It was one of many moments during the evening that could've been read as the group waving farewell, but the overall feel remains that they might yet be back again.