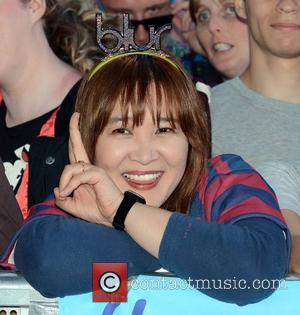 Blur frontman Damon Albarn and actor Jude Law took to the streets of London on Saturday (05Oct13) to protest against the detention of 30 Greenpeace activists.

The campaigners have been charged with piracy and are being held in Russian custody facing up to 15 years behind bars.

The star-studded crowd held signs declaring "Free the Climate Defenders" and "Free The Arctic 30" as they gathered outside Russia's London embassy.

He explained, "I am just adding my face and body to the mass of support. The fact that there is a threat of conviction did not put them off. What is ludicrous is that they have been charged with piracy which has a threat of 15 years in prison.

"Of course I am worried about Frank because I care about his family and I care about him but I know that he is incredibly durable. I think that it is very interesting that the people over there probably knew there would be an arrest involved and the threat of a conviction is probably part and parcel of the act of drawing attention to the drilling in the Arctic, which we all know is an international problem which needs confronting."

Similar events were held in more than 40 other countries.