Coxon 'Walked Out Of Hospital' To Play Last Blur Gig 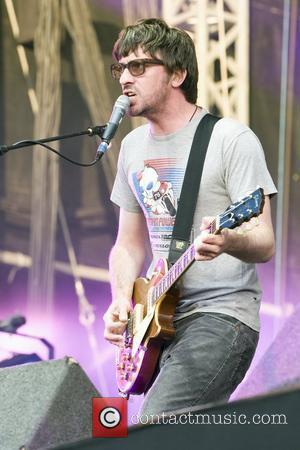 Blur's Graham Coxon battled a bout of food poisoning to complete the band's "last gig" at Scottish music festival T In The Park on Sunday (12Jul09).
The reunited rockers faced cancelling their headline slot on the last day of the annual bash after guitarist Coxon was taken to hospital.
But the musician was determined to take to the stage, and the group stuck to their word and performed at the music event - albeit nearly two hours after they were expected.
And it seems Coxon didn't want to miss the monumental occasion - frontman Damon Albarn hinted to the crowd the band's reunion had come to an end.
He told the crowd, "Graham literally walked out of a hospital to come here. He's alright. This is our last gig."
Blur reunited earlier this year (09) to play a string of summer shows following a five year hiatus as a complete original line-up.