8. The Weeknd - Beauty Behind The Madness
One of the most talked about artists of the year - yet his 2nd studio album. The second difficult album syndrome did not affect Abel Tesfaye aka The Weeknd. The fourteen track album sees a rollercoaster of emotions with an underlying of the album featuring - sex, drugs and relationships. The subtle vocal of the 25 year old against an eerie music production propels the songwriter as one of the most distinctive artists this year.

7. Foals - What Went Down
The band themselves was quoted saying it was their heaviest and darkest album to date and they were certainly not wrong. What Went Down sees the band progress, being their 4th studio album and their best yet. Tracks such as What Went Down is a brash, confident sound from the band working with producer James Ford who has worked with the likes of Arctic Monkeys and Last Shadow Puppets this clearly shines through. Mountain at my Gates marks the band's evolvement from the early days of Cassius with a maturer sound.

6. Kendrick Lamar - To Pimp A Butterfly
Released back in March To Pimp A Butterfly received praise from fans and critics alike from the Compton rapper. The album sees a much lighter tone with Lamar experimenting with rap, jazz and funk being incorporated into his third studio album and take different track to his 'Swimming Pools (Drank) and Rigamortis days . Leading single from the album 'i' is a catchy and diverse showing off Lamar's unique style as a rapper.

5. Florence and the Machine - How Big, How Blue, How Beautiful
Making her return to the spotlight following a year gap Florence returned with a bold, dark third album. Proving she still has what it takes to be a great songwriter, front woman and performer Florence came back with an array of spellbinding singles - What Kind of Man, St Jude, Ship to Wreck to name a few. The tracks marked as 'Odysseys' sees the album come in chapters of released singles and videos.

4. Muse -Drones
Their 7th studio album yet Muse still prove what it takes to bring rock to the masses. Comeback track Psycho was true signature style of the Devon trio -with high falsetto's, scuzzy guitars and thunderous drums.

3. Wolf Alice - My Love is Cool
The debut album My Love is Cool from the North London four piece brought gritty rock back to the mainstream. Frontwoman's Ellie Roswell's versatility in voices tones from vulnerability to self-assured help make the album and band a standout point of 2015. Highlights of the albums include scuzzy track Giant Peach - which takes listeners back to the 90's American grunge scene and You're A Germ - a subtle introduction before carnage of a chorus kicks in.

2. Disclosure - Caracal
The second album from Disclosure sees an array of collaborations from the likes of The Weeknd, Kwabs and Lion Babe. However artists such as Lorde -who collaborates on track Magnets is a standout point of the album her subtle yet vulnerable vocals fit perfectly against the beat. Gregory Porter gets the recognition he rightly deserves bringing his smooth vocals to Holding On and taking the track to another level. Jaded and Good Intentions can be expected to firm favorites amongst dance fans with fun, catchy beats. 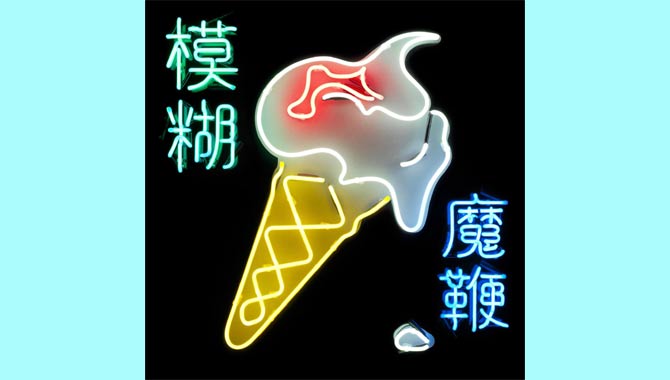 1. Blur - The Magic Whip
Their first album in 12 years Blur's comeback had high expectations and certainly lived up to them. Making it straight back to the top of the charts it felt as if the four piece never went away with their cheeky, fun and carefree songs. Opening track Lonesome Street is a classic Blur track - with cheeky lyrics, upbeat guitars and a slick bass help take listeners back to where it all began. Lonesome Street eases listeners into the album which shows a change of direction for the four piece band with the longest gap between two Blur albums -with the last album Think Tank released in 2003.Tracks such as Go Out, - a raw, gritty yet scuzzy sound from Blur. The track showcases their versatility against tracks such as My Terracotta Heart - a personal song about the relationship between frontman Damon Albarn and guitarist Graham Coxon.