There’s still over three weeks to go until ‘The Magic Whip’s’ release, but the critics are already welcoming Blur back with open arms.

The countdown until the release of Blur’s much anticipated comeback album is on and the early reviews are showing this one will be well worth the wait for fans. The Magic Whip is the band’s first release in 12 years and was produced by Stephen Street, the man in the studio behind the group’s most successful period.

The Magic Whip is Blur's first album in 12 years

The album was recorded in May 2013 when the band found themselves with five free days in Hong Kong after the cancellation of the Tokyo Rocks Music festival. While singer Damon Albarn was skeptical that any of the music would ever see the light of day, guitarist Graham Coxon opted to work further on the recordings with Street back in Britain.

The Magic Whip was finally completed in February 2015 and last month the band previewed the record in its entirety at a tiny London club in a special fan club members gig. Along with 2015 bringing a new album, the band have also announced they’ll be headline the British Summer Time festival in London’s Hyde Park this June.

While The Magic Whip isn't set for release until the end of April, early reviews of the record have been overwhelmingly possible with the consensus being, that it's a welcome return for the Britpop legends.

“The Magic Whip turns out to be a triumphant comeback that retains the band's core identity while allowing ideas they'd fermented separately over the past decade to infuse their sound with mature and peculiar new flavour combinations,” wrote The Telegraph’s Helen Brown.

Describing the album’s opening track ‘Lonesome Street, DIY magazine wrote, “Put bluntly, Blur haven’t sounded this much like Blur in the better part of two decades. While never really risking becoming one of their huge, era defining singles, from its opening stabs it quickly finds a familiar rhythm.”

Not just a comeback album, The Magic Whip looks set to show the band's enduring relevance long after their Britpop contemporaries have faded away from the charts. It's been over a decade of patient waiting, but for Blur fans the wait is nearly over as they finally get to experience The Magic Whip when the record hits shelves on April 27th. 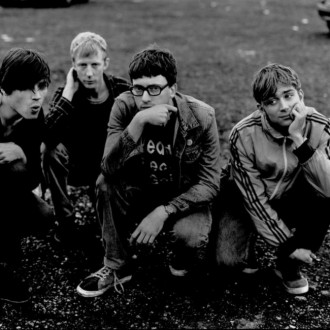