Blur left Sir Elton John confused with a song about his penis - and their bassist Alex James was too embarrassed to explain the track to the legendary singer. 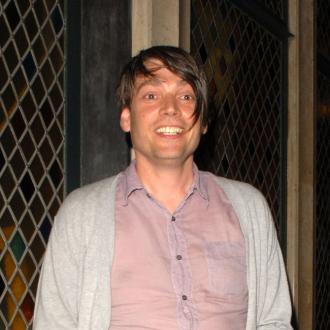 Blur left Sir Elton John confused with a song about his penis.

The Britpop group - comprising singer Damon Albarn, bassist Alex James, guitarist Graham Coxon and drummer Dave Rowntree - included the ballad 'Sir Elton John's C**k' on their 'Blur 21' box set, which was released last year and Alex admits he was embarrassed when the 'Rocket Man' hitmaker asked him about the track.

''I didn't know him well enough to tell him the proper answer.''

The 43-year-old musician claimed the track was given the name because it was ''too sentimental''.

He added to the Daily Star newspaper: ''We wrote this song but realised it was too sentimental. One of us muttered, 'That's Elton John's c**k.'''

Alex has been playing bass with Florence + The Machine, New Order's Bernard Sumner and Dexys as well as working with Blur, and he recently revealed that taking a break from his family life on a cheese farm has been a welcome change.

He said: ''Going on stage is such a rush. The travelling is exhausting but it's a huge fountain of energy up there.

''Besides, I've got five kids, so it was nice to just sit around in dressing rooms.''