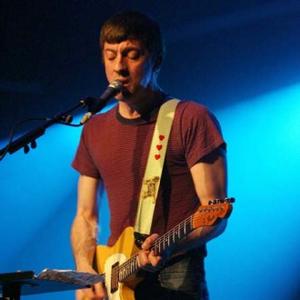 The four-piece band announced the name of the first track they have recorded together since 2003's 'Battery in Your Leg' for their 'Think Tank' album yesterday (14.05.10).

The song will be released in a limited run of 1,000 vinyl 7" singles across Britain for Record Store Day - a music industry initiative to highlight the plight of independent music shops - on Saturday (17.04.10).

Singer Damon Albarn said: "We want independent record stores to continue - they're an important part of our musical culture. Music is a simple way for Blur to show our support and we hope people like it."

Following the recording, the band - which also includes bassist Alex James, drummer Dave Rowntree and guitarist Graham Coxon - are being urged to be embark on a full reunion, their first since a handful of shows last year.

Graham said the 'Song 2' rockers are still close and appears hopeful they will work together again.

He says in an interview with Edith Bowman for her Evo Music Rooms TV show: "I think we were celebrating our friendship really last summer and playing our hearts out for the good of each other and our friendship and all the fans. I think we probably played actually better than ever last summer.

"Especially after last summer I fully considered myself a member of Blur. We are always in contact, we're friends. I don't see that and my solo career as completely different things; they come from the same place."