Blur are returning with new album 'The Magic Whip'

Blur have announced details of The Magic Whip, their first album in 12 years. In a hastily arranged press conference in a London Chinese restaurant, the band said the follow up to 2003's Think Tank was a return to "the way we recorded when we started. It wasn't a flash studio, it was pretty claustrophobic and hot. We went in and knocked about loads of ideas." 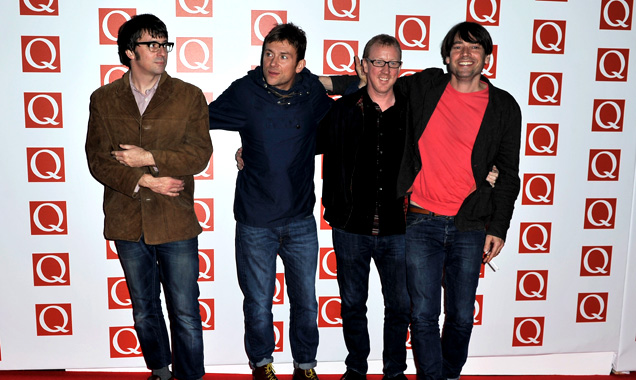 "I really felt at the end of the last gigs that that was it - there was no way we could do another gig without an another album," said Albarn, who also announced the group would headline this year's British Summer Time in Hyde Park on June 20.

Though Think Tank was released under the Blur name, it could be argued The Magic Whip is actually the band's first real album since 1999. Guitarist Coxon was largely absent from the majority of the last album and only featured on one song, Battery in Your Leg.

The band reformed for Hyde Park and Glastonbury shows in 2009 and closed the London Olympics in 2012. Since then, fans have been treated to only two new tracks, Under The Westway and The Puritan.

The band also released what appears to cover art for The Magic Whip on Twitter, featuring a neon ice cream cone with Japanese letters.