Blur have been arguing about the set list ahead of their Hyde Park show closing the Olympic Games this Sunday (12.08.12) . 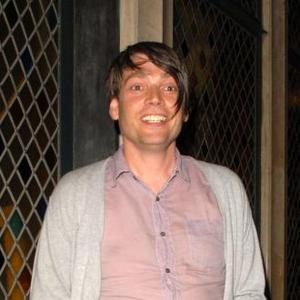 Blur have been arguing over the set list ahead of their Hyde Park show.

The reformed group perform at the outdoor London venue on Sunday (12.08.12) as part of an Olympic closing ceremony concert - their first major performance since their comeback shows in 2009 - and bassist Alex James admits there have been some disputes ahead of the show.

He said: ''Relations are fresh. We're still... I wouldn't say 'fighting' but the setlist is a tricky one to negotiate.

''There's a couple we've never done before, one or two we're trying out and one or two we couldn't leave out.

''I didn't want it to be just a repeat of 2009 - they were the best shows we've ever done and we felt it would be hard to top. I think if it hadn't been for the trigger or the Olympic thing... That was something we felt we couldn't really say no to.''

The group - which also includes Damon Albarn, Graham Coxon and Dave Rowntree - have debuted two new songs, 'Under the Westway' and 'The Puritan', ahead of the show and despite them being well-received, Alex admits they are still undecided whether they will make any more new tracks.

He said to NME magazine: ''The focus at the moment is getting Hyde Park right. But the response to the new songs has been amazing. I don't know if there's such a thing as an 'album' anymore, or if that word means anything. I really don't know what happens next, that's the only honest answer I can give.

''It's precarious though. If Hyde Park's s**t, then that's definitely it.''