Blur have announced a string of intimate shows to warm up before their concert closing the Olympics in Britain. 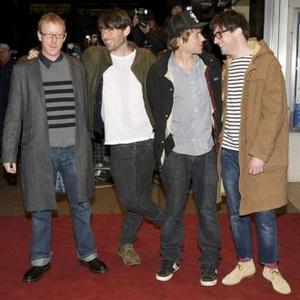 Blur have announced a string of intimate shows before their concert closing the Olympics in Britain.

The 'Song 2' band are to play in British towns Margate, Wolverhampton and Plymouth, as well as appearing at festivals in Sweden and Denmark before their huge show at London's Hyde Park to mark the closing of the athletics event.

Bass player Alex James said: ''Every one of these shows will be very special and we can't wait to get cracking.''

Singer Damon Albarn - who completes the band with drummer Dave Rowntree and guitarist Graham Coxon - has hinted the Olympic show could be the band's last ever.

Meanwhile, Dave is set to graduate from law school in September, and has been practising working in London law firm's dispute-resolution department in his time away from the band.

Damon has recently announced he is recording a solo album, while Graham recently released his eight solo album 'A+E'. Alex has partially retired from music, and is now a cheese farmer.