The American band won't be hearing the end of bassist 'Evil' Jared Hasselhoff's flag-in-pants stunt for a while, but hey at least people still remember who they are

The American rock group The Bloodhound Gang are the subject of a Russian criminal case after one of its members shoved the flag of the Russian Federation down his trousers during a show in Ukraine. Bassist 'Evil' Jared Hasselhoff was caught on film during the show sticking the flag down his pants before pulling them out of the other side, after which he wiped it around his groin and then threw the flag into the crowd. Naturally, Russian authorities are pissed, and they want Hasselhoff and the rest of the band to face the repercussions of his actions.

'Evil' Jared Hasselhoff - Flossing without a license in Russia

The state-run new agency RIA Novosti first reported that Russian authorities are seeking legal action against the band, with CNN later confirming the news for Western readers. The recording of Wednesday's (31 July) show in Odessa went viral soon after the performance and eventually made it's way into Russian cyberspace, where officials found it particularly offensive and took immediate action against the band, banning them from attending their weekend performance at Kubana Festival and blacklisting the band from ever performing in the country again. Now it seems that this wasn't enough as politicians look to take the case even further as they attempt to make an example of the group.

RIA Novosti said in it's report on the band that Russia's Interior Ministry has issued a statement revealing their intentions of ensuring the band face the full consequences of Russian law. The statement read that a "specialized investigative unit" within the ministry had "launched a criminal case regarding desecration of the national flag." The publication went on to detail the Russian Criminal Code regarding such a situation, which states that "foreign nationals" who commit a crime "aimed against the interests of the Russian Federation or a Russian national" - such as the desecration of the national flag - will face the same charges as any Russian citizen living in the country would. Flag desecration carries a one year maximum sentence.

The band, best known for their 1999's hit single 'The Bad Touch,' left Russia on Sunday (4 August), after arriving in Anapa airport in Krasnodar Krai, southern Russia, a day earlier. When they arrived, they found out their performance had been cancelled and were 'greeted' by angry Russian nationalists who began attacking the band and their entourage. They remained in the airport under the protection of a Russian police guard until they were able to fly home, but now they are back in the USA we're not exactly happens next, although local reports have suggested that Russian and Ukrainian politicians have proposed permanently banning the band's members from entering either of the countries.

The band have since proclaimed their innocence and said they meant no harm with the stunt, adding that they chose to pull out of their scheduled festival performance and subsequent tour themselves. Journalists present at the show later quoted the band telling the audience that any item that the band throws into the crowd must first pass through the bassist's pants - with the Russian flag just one of many things stuffed down Jared's pants. 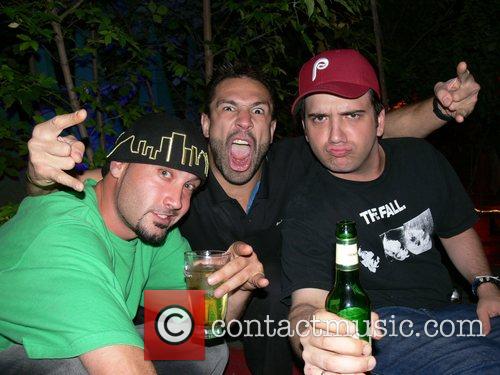