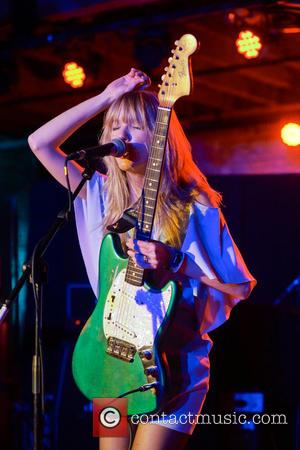 Blondie icon Debbie Harry has urged Miley Cyrus and Lady GaGa to ignore the critics and to continue with their saucy stage antics.

The Heart of Glass hitmaker became one of rock's first female pin-ups when the band broke through in the late 1970s, and she has offered up advice to young stars trying to cope with constant scrutiny.

The 69 year old insists music fans must support the current batch of boundary-pushing pop stars as the industry would be boring without them.

She tells Britain's Event magazine, "I think it's great what the likes of Lady Gaga and Miley Cyrus are doing. They take a lot of flak about how they present their sexuality - but we should cherish them, not criticise them.

"Nothing much has changed since the '70s. These women need to shrug off the criticisms, as I did back in the day. The whole point of rock music is the forbidden fruit and the clandestine - that's what excites youngsters, who want to express themselves and their sexuality. Something they're not allowed to (do).

"I think Miley probably started out with a very, very young audience and she was an easy pill to swallow. Then suddenly she became this completely sexual being and unsettled a lot of people. But these women are strong and ambitious. They have something to say... They'll learn what I had to learn - that you need to risk some sort of emotional exposure and embarrassment if you put yourself on the line."