Bloc Party Singer Kele Okereke Has Spoken Out To Clear His Former Bandmates Of Any Wrongdoing After Reports Suggested Drug Use Within The Group Led To A Breakdown In Relations. 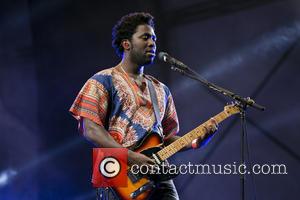 The So Here We Are rockers went their separate ways in 2013 after a final performance at Britain's Latitude Festival without their drummer Matt Tong.

The band returned to performing after a two-year hiatus in August (15) without Tong and bassist Gordon Moakes, and Kele recently opened up about the reasons behind the hiatus, declaring, "I can tell you it was about someone doing cocaine and someone not being into it."

However, the singer has now spoken out to dismiss speculation he was talking about either of his former bandmates.

"I don't want people to think Matt and Gordon were cokeheads, and that's why we had to lose them. And I don't want their family thinking that," he tells Britain's The Guardian newspaper.

Kele goes on to insist the problems were caused by an argument over someone close to the band who was taking the drug.

"This then led to a big argument and that's the situation," the rocker tells the publication.

Speaking in 2007, Kele admitted he had taken illegal substances in the past, but he avoided cocaine in a bid to protect his vocal cords.

"Cocaine can be very attractive, very seductive. But for me, it's bad news because that drug can really damage your voice," he told British magazine Uncut.