Review of One Month Off Single by Bloc Party

Review of Bloc Party's single 'One Month Off' released through Wichita. 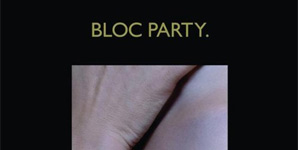 Difficult second and third albums aside, one thing Bloc Party can never be faulted for is refusing to conform to any kind of expectations that may be levelled at them. After the success of first long player 'Silent Alarm', most bands would donned their carpet slippers and settled nicely into the same old formula thankyouverymuch. Bloc Party, however, decided to take the awkward, more challenging route.

So, it comes as perhaps a bit of a surprise - or maybe an admission of defeat from messrs Okereke and co.? - that familiarity is the way forward after all, as 'One Month Off' is possibly the most Bloc Party-sounding single in the most traditional sense of the phrase since 'Helicopter' emerged to fanfares and plaudits aplenty some four-and-a-bit years ago.

Chiming reverb-laden guitars collide with a hook-heavy, repetitious chorus that recalls the halcyon days of yesteryear and suggests these boys haven't completely disowned the notion of writing a tune after all.