Blink 182 to headline Reading and Leeds

Blink 182 are to headline Reading and Leeds Festival 2014, while Jake Bugg will make his debut on the main stage and dance duo Disclosure have also been announced as part of the line-up. 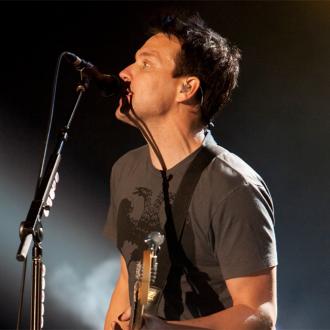 Blink 182 are to headline Reading and Leeds Festival 2014.

BBC Radio 1 presenter Zane Lowe revealed on his show last night (03.12.13) the 'What's My Age Again' hitmakers - Mark Hoppus, Tom DeLonge and Travis Barker - will play their only UK gigs at the two venues next year, and bassist Mark admitted the group, who headlined in 2010, are ''very honoured''.

He said: ''[The new year] year will see us in the studio preparing new music, getting ready to rock the fine people of the UK.''

Singer/songwriter Jake Bugg will make his debut on the main stage at the event, while dance music duo Disclosure and metal band Of Mice and Men will also play at the festival.

Indie band Metronomy and rap collection I Am Legion have also been announced as part of the line-up.

Tickets for the festival went on sale yesterday morning and for the first time festival organisers have allowed fans to reserve the £210.50 tickets with a £50 deposit scheme, and attendees then have to pay the rest of the money in three monthly instalments.

Two more headliners are still to be announced and Arctic Monkeys and Queens Of The Stone Age have both been rumoured as possible performers at the festival.