The band's drummer is still recovering from blood clots in his arms that prevent him from performing.

Blink-182 have been forced to cancel their upcoming autumn tour, as drummer Travis Barker has been unable to overcome his recent medical issues.

The group made the announcement to their fans via Twitter on Thursday night (September 6th), saying that Barker’s recent medical issues, detected back in June when Blink-182 had to pull out of several of their Las Vegas residency dates because of blood clots in both of their drummer’s arms.

As a result, the legendary prank-punk outfit have been forced to ditch their upcoming mini-tour of North America, including their headline appearance at Riot Fest in Chicago next weekend (September 14th-16th). 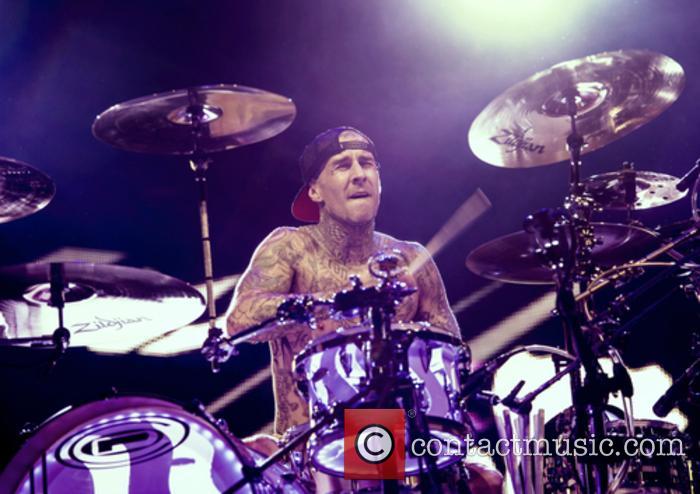 Travis Barker performing with Blink-182 in 2016

“Trav’s medical team anticipated that he would be well enough by fall to tour but after recent checkups they were not able to clear him in time for the scheduled run of dates,” the band said in their statement.

42 year old Barker also crafted part of the announcement himself, expressing his frustration but also his assurances that he is on the mend.

“The past few months have just sucked as I have been sidelined just waiting for my doctors to clear me so I could get back on the road and perform with my band,” Barker told fans. “Unfortunately, the risks associated with drumming are still too great. I am doing everything I need to do so I can get back on the road as soon as possible. I want to thank my fans, family, friends and bandmates for all the love and support.”

Blink-182 have pulled out of Riot Fest

Riot Fest has explained that, to fill the gap in the programme, a combination of Weezer, Run The Jewels and Taking Back Sunday are stepping up to share the headline slots, with more bands to be added lower down the bill today.

Blink-182 have also confirmed that they’ve rescheduled to headline Riot Fest next year in 2019, for the festival’s 2019 anniversary.