The Voice is really hotting up in the latter stages. 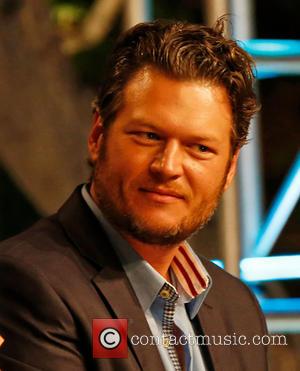 Picture: Blake Shelton - The US coaches of the Voice at The Grove to appear on entertainment news show 'Extra' - Los Angeles, California, United States...

The top eight singers on The Voice took their performances to another level on Monday evening (May 27, 2013), with fire, feather and cowboy boots playing prominent roles in a number of blinged up turns. Blake Shelton had kicked off the show with a rendition of his latest hit 'Round Here,' though things soon got serious, according to the Hollywood Reporter.

On Team Adam Levine, it was Judith Hill who seriously impressed with a reinterpreated rendition of Will.i.am and Justin Bieber's #ThatPower. "That hair is badass - I guarantee you, Adam has been on the phone with Cee Lo [Green] this week!" said Shelton of Judith's huge mohawk. Sarah Simmons struggled a little with Gotye's 'Somebody That I Used To Know' while Amber Carrington didn't quite manage to convey the majesty of Adele's Oscar winning track 'Skyfall.'

On Team Blake, Holly Tucker chose to perform 'Done' by the Band Perry and ultimately succeeded. "There were big notes in this song, and you hit them and took them up to another level," said Usher. Over on Team Shakira, Sasha Allen was assigned 'Without You' by David Guetta and Usher, "I started comparing myself to Sasha as a singer, and that's not good [for me]," said Shelton. "I think you bought Shakira another week, for sure."

Following a special performance from guest mentor Sheryl Crow, the two singers with the lowest votes will be sent home on Tuesday night, at 9pm on NBC. Who do you think will be eliminated? Adam Levine, Shakira, Usher and Blake Shelton At The Grove